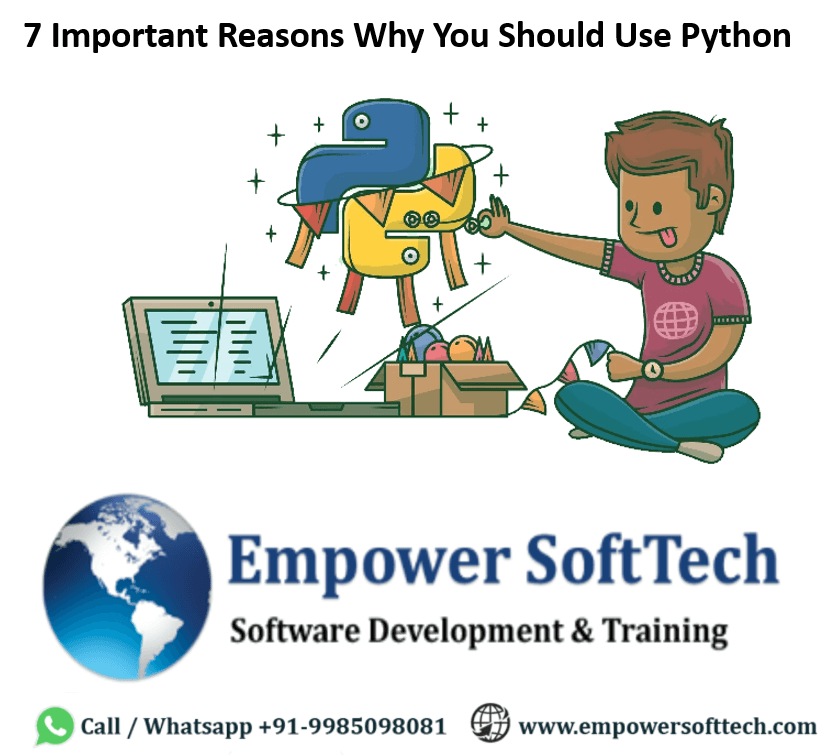 7 Reasons Why You Must Consider Writing Software Applications in Python

While writing a software application, you must focus on the quality of its source code to simplify maintenance and updates. The syntax rules of Python allow you to express concepts without writing additional code. At the same time, Python, unlike other programming languages, emphasizes on code readability, and allows you to use English keywords instead of punctuation’s. Hence, you can use Python to build custom applications without writing additional code. The readable and clean code base will help you to maintain and update the software without putting extra time and effort.

3) Compatible with Major Platforms and Systems

At present, Python is supports many operating systems. You can even use Python interpreters to run the code on specific platforms and tools. Also, Python is an interpreted programming language. It allows you to you to run the same code on multiple platforms without recompilation. Hence, you are not required to recompile the code after making any alteration. You can run the modified application code without recompiling and check the impact of changes made to the code immediately. The feature makes it easier for you to make changes to the code without increasing development time.

Its large and robust standard library makes Python score over other programming languages. The standard library allows you to choose from a wide range of modules according to your precise needs. Each module further enables you to add functionality to the Python application without writing additional code. For instance, while writing a web application in Python, you can use specific modules to implement web services, perform string operations, manage operating system interface or work with internet protocols. You can even gather information about various modules by browsing through the Python Standard Library documentation.

5) Many Open Source Frameworks and Tools

Python is a general purpose programming language. Hence, you can use the programming language for developing both desktop and web applications. Also, you can use Python for developing complex scientific and numeric applications. Python is designed with features to facilitate data analysis and visualization. You can take advantage of the data analysis features of Python to create custom big data solutions without putting extra time and effort. At the same time, the data visualization libraries and APIs provided by Python help you to visualize and present data in a more appealing and effective way. Many Python developers even use Python to accomplish artificial intelligence (AI) and natural language processing tasks.

You can use Python to create prototype of the software application rapidly. Also, you can build the software application directly from the prototype simply by refactoring the Python code. Python even makes it easier for you to perform coding and testing simultaneously by adopting test driven development (TDD) approach. You can easily write the required tests before writing code and use the tests to assess the application code continuously. The tests can also be used for checking if the application meets predefined requirements based on its source code.

However, Python, like other programming languages, has its own shortcomings. It lacks some of the built-in features provided by other modern programming language. Hence, you have to use Python libraries, modules, and frameworks to accelerate custom software development. Also, several studies have shown that Python is slower than several widely used programming languages including Java and C++. You have to speed up the Python application by making changes to the application code or using custom runtime. But you can always use Python to speed up software development and simplify software maintenance.